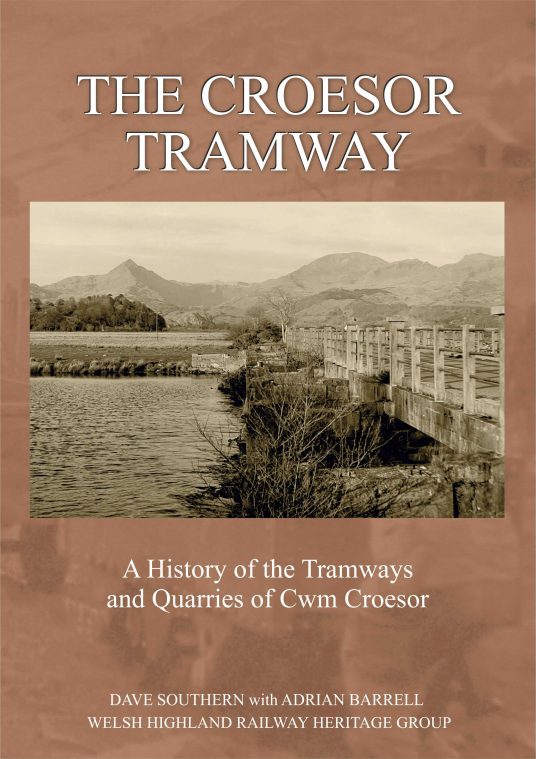 by Dave Southern with Adrian Barrell

In the nineteenth century the slate quarries of Gwynedd in North Wales not only constituted the most important industry of the region, making a dramatic contribution to both the economy of North West Wales and its landscape, but they also supplied the bulk of the world’s roofing slate and architectural slate slabs.
This is the story of the Croesor Tramway and the slate quarries of the remote Croesor valley, that supplied some of that slate. The tramway, was conceived as a direct connection to the harbour at Porthmadog for its quarry customers. Unlike the pioneering Festiniog Railway, its close contemporary and neighbour, the tramway was horse worked throughout its life.
Built to the order of Hugh Beaver Roberts a successful solicitor and business man, from Bangor, no parliamentary powers were needed to build the tramway, as Roberts owned much of the land. Over four miles long and including two steep cable worked inclines it opened in 1864 to goods and mineral traffic and continued to carry slate along the valley until 1944, when the last wagons were sent down the Rhosydd incline. In the early 1920s, the lower part of the tramway became part of the now re-opened Welsh Highland Railway.
Based on significant original research, the building, operation and the route are described as well as the key
personalities involved such as Hugh Beaver Roberts, Charles Spooner and Moses Kellow, the entrepreneurial Croesor quarry manager. The book includes interviews with some of the people who latterly worked on the tramway and inclines.
Significant parts of the tramway and the above ground parts of some of the quarries are still accessible to the well equipped and sure footed walker. This book will therefore be of interest both to casual readers of social and industrial history as well as those wanting more detailed information on what can still be seen in the Croesor valley.
The book comprises approximately 120 pages of text and is well illustrated with maps and photographs in colour and black and white including several published for the first time.