This project was the recipient of the 2014 Railway Heritage Trust’s Volunteers Award.

Tryfan Junction is unique. Built in the heady days of narrow gauge “railway mania” when Wales fully embraced the railway age, this station was designed to symbolise the permanence of the trade in slate. That it has survived at all is a tribute to its sturdy construction and to its isolated location. 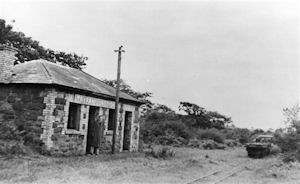 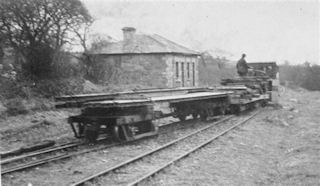 It was evocatively described by James Boyd:
“Tryfan Junction must have been something of a disappointment to the stranger. Apart from the small stone and brick station building with its generous name board below the eaves, giving the name in full, it was one of the remotest of places. Even today, a small road passes along the rear but it only serves two farms. In yesteryear it would have been quieter still.” 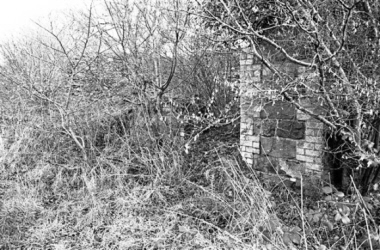 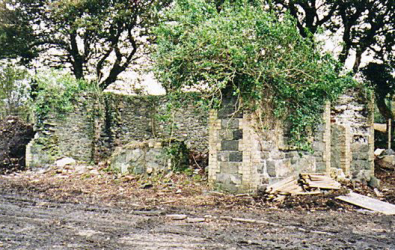 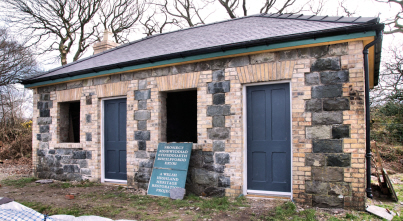 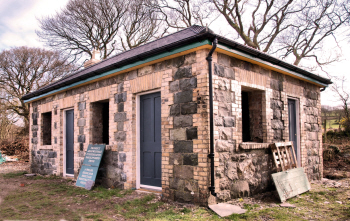 After years of planning, work on reconstruction was started in 2009, and by 2012 the shell of the building had been rebuilt. A platform had been built and the halt was once again a working station with trains stopping on request. 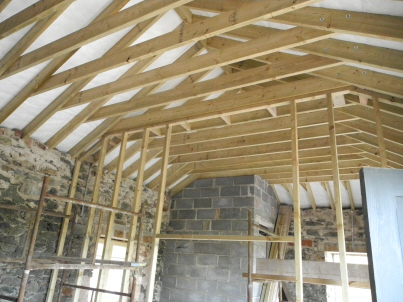 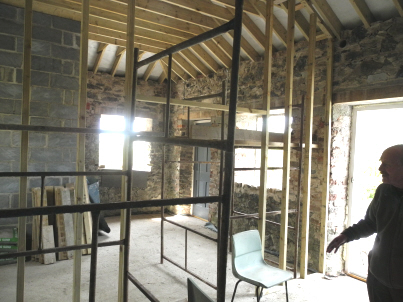 On 5th May 2012 the building was opened for members to see the progress made. The roof was complete and the interior was being fitted out. 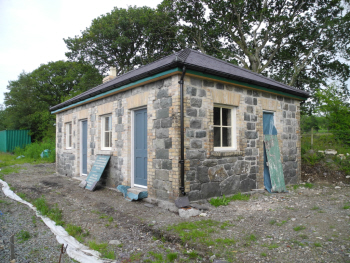 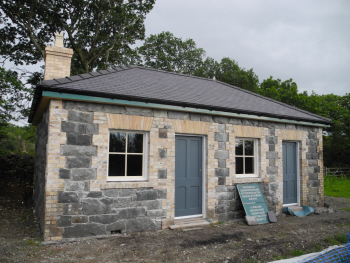 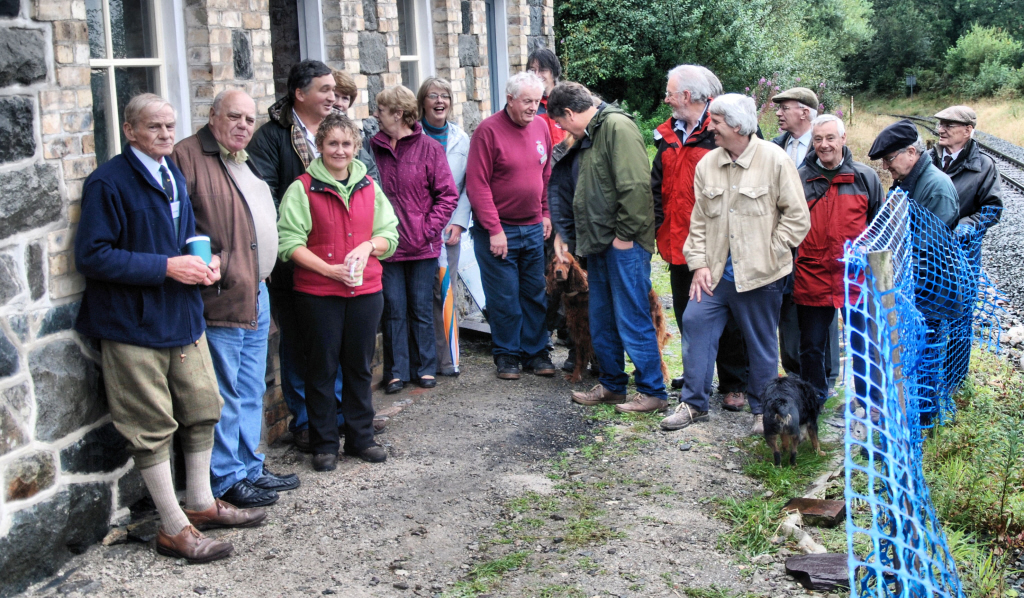 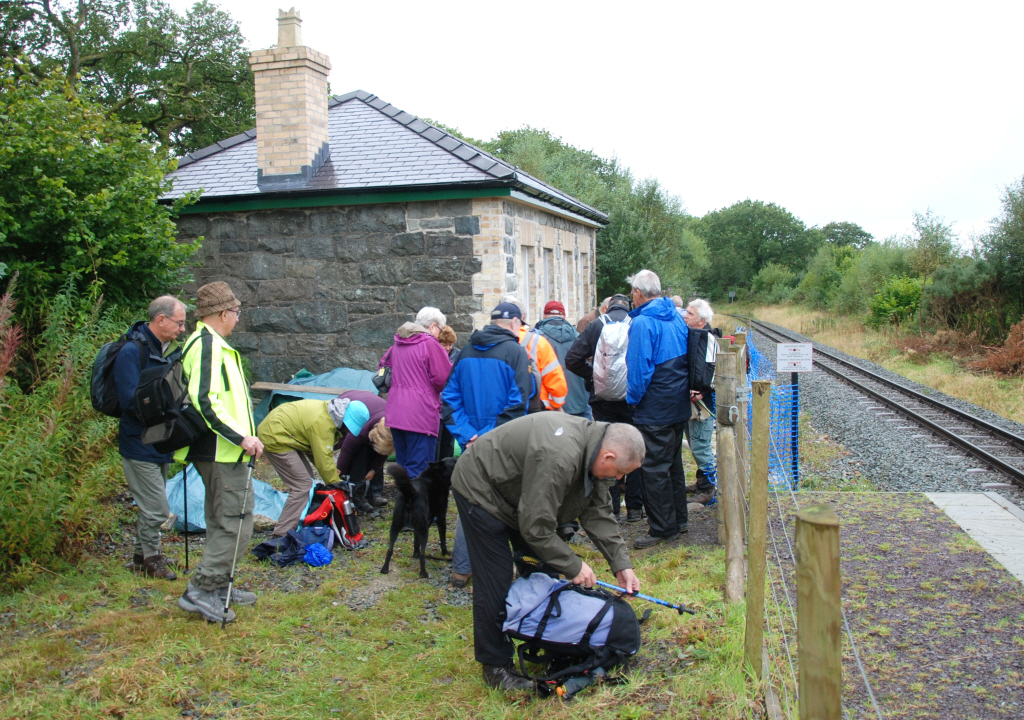 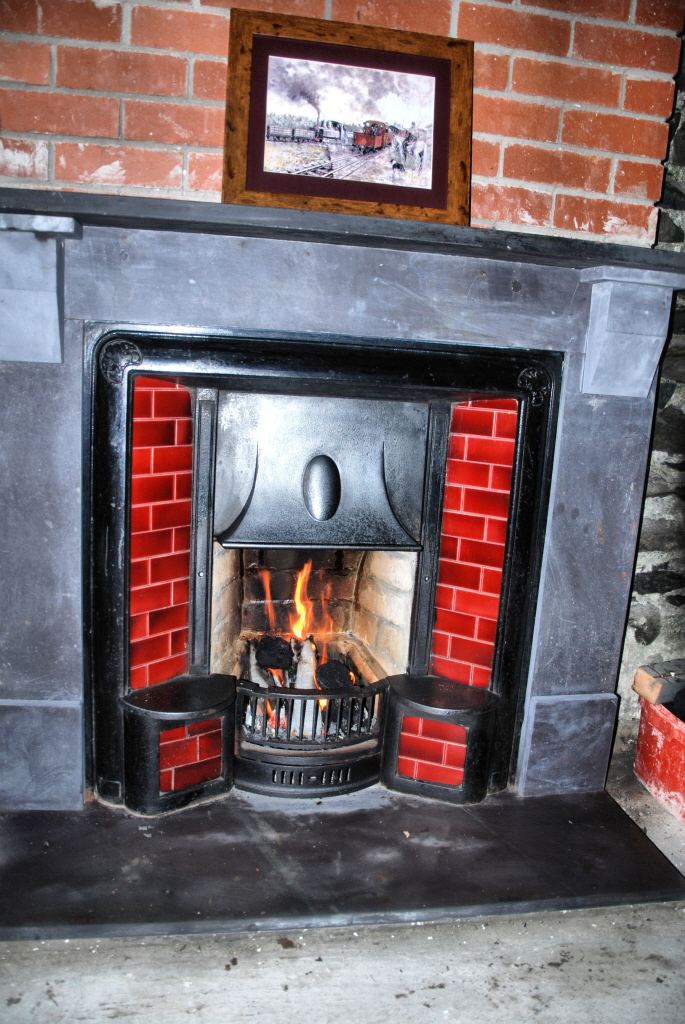 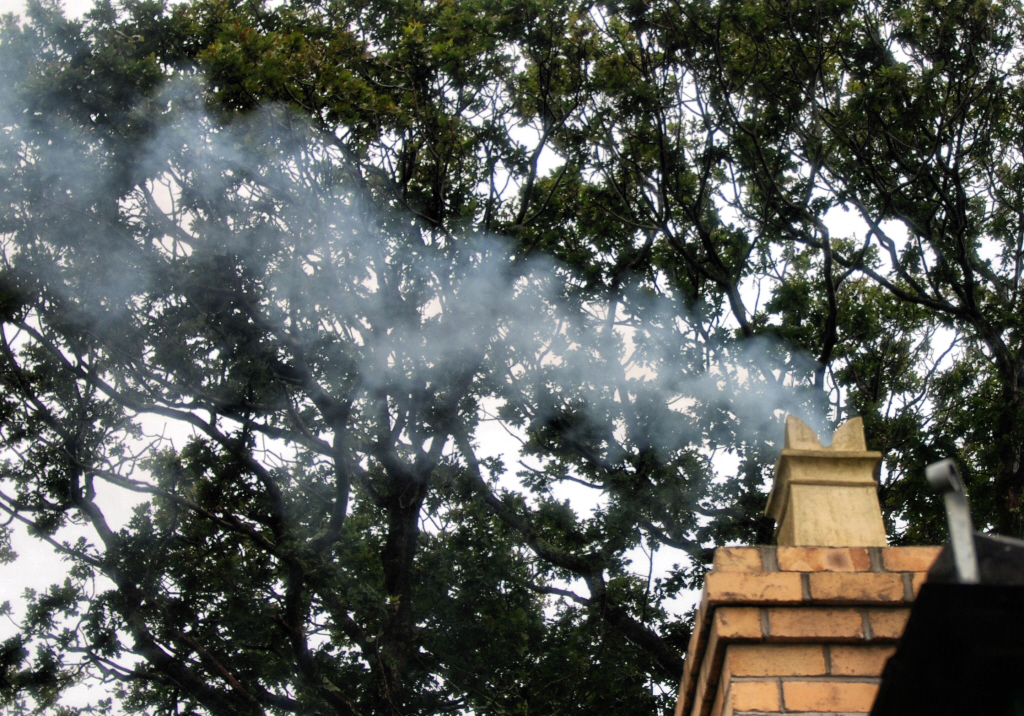 “Sunday 16th September 2012 saw some twenty heritage enthusiasts foregather in the nearly completed waiting room at Tryfan Junction to celebrate the first fire there for some eighty years. To mark both the opening of the halt and the final stages of the completion of the Slate Trail, Clerk to Llanwnda Comminity Council, Bethan Williams demonstrated her pyrotechnical technique by striking a Swan Vestas match and applying the flame to a rather damp Daily Telegraph. Coal had been purloined the previous day from a passing Garratt and soon the newly positioned fireplace was delivering the heat for which it was designed. Smoke issued from the station chimney and Tryfan Junction was alive once again.” Report and pictures by David Allan 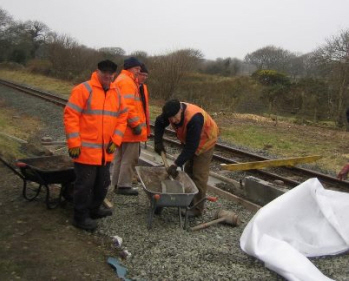 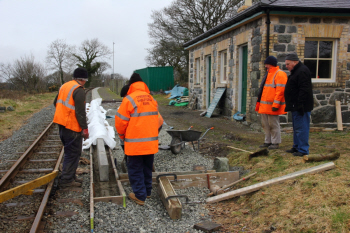 The Group were working on the platform extension at Tryfan Junction 22-23 February, and were also joined by members of the WHRS West Midlands Group on March 8 -10. The completed platform extends in front of the building as in the original WHR arrangement. 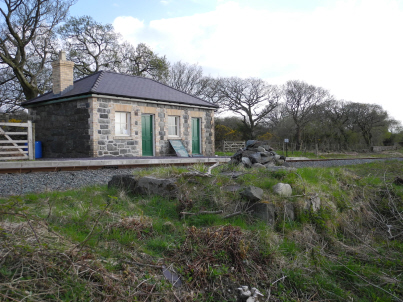 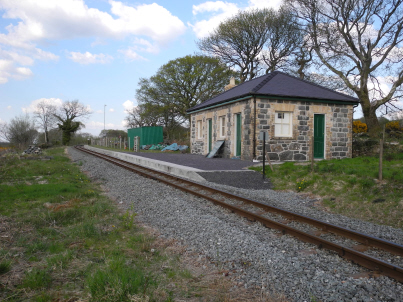 May 2013: The platform extension is complete and vegetation clearance has opened up the views. Thoughts are now turning to restoration of the former signal box, the base of which is visible in the foreground of the left hand picture

March 2014: The West Midland Group hired a driver and mini digger and excavated the signal cabin base.There was no concrete floor to be found but there were traces of a timber floor near the top of the stonework. The Group agreed to fund the excavation and also to make good the stonework.

The outcome is the base as shown here in September 2016: 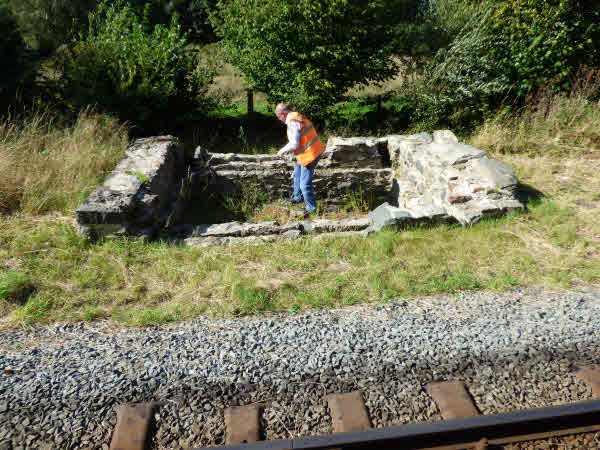 August 2016: The old green container was removed from the site (not without some difficulty), leaving the approach route clear for the proposed slate wagon display to be developed in future