This building lay derelict and roofless for many years. 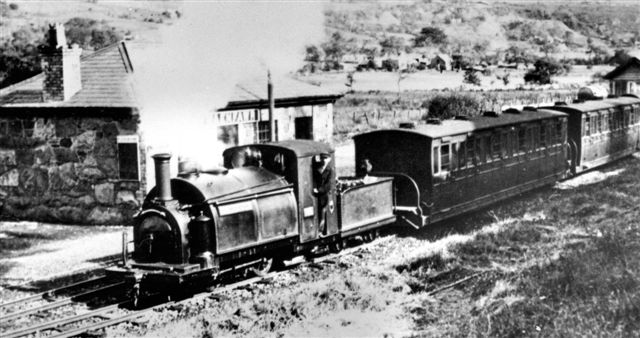 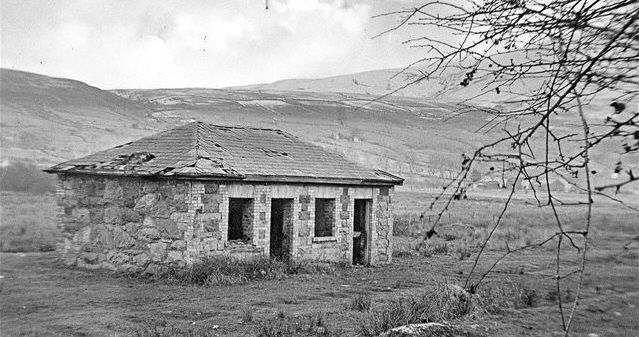 Palmerston passing when still in use, and sleeping in the 1940’s 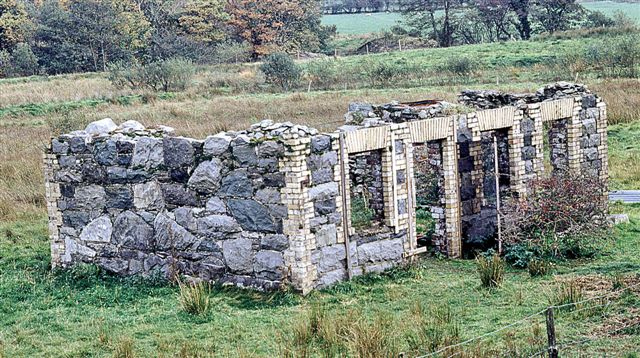 The building sleeps, and slowly degrades (first) in the sixties, and (second) in the eighties 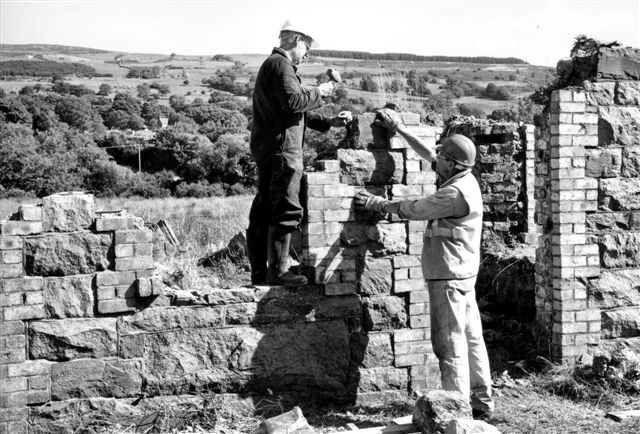 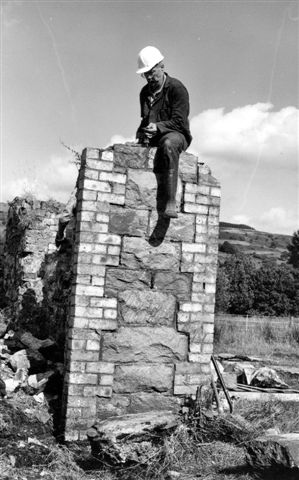 With the coming of the reconstructed line, and a remodelled station layout, the building was in the way.
In order to remodel the layout of the station, the old building was taken down in 2000.

Although carefully deconstructed by the WH Heritage Group, sadly the numbered and stored stone was inadvertently used as fill for the embankments by the contractor.

However, all is not lost as a rebuild is planned in NWNGR style when funds become available, with the interior redesigned to suit 21st century requirements. The wooden buildings currently in use at Waunfawr have been provided by the WHRS as a temporary measure.